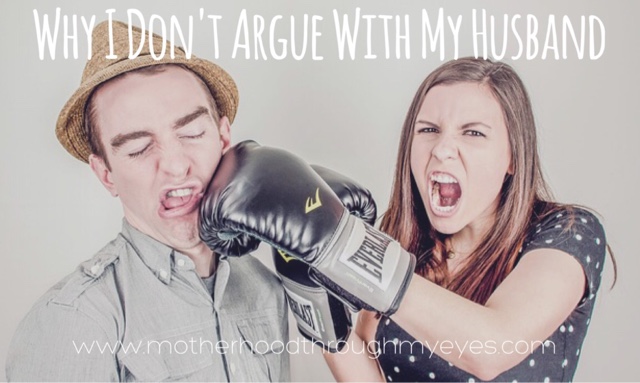 Arguing is something I grew up overhearing my parents do almost on a daily basis. My father would get upset and raise his voice. Sometimes my mom would do the same, but she did her best to remain calm.
After they would both calm down I’d go to my mom, who would complain to me about my father. I’d ask her if he was all these things, why did she marry him? She would always respond with, “That’s a good question, I don’t know why I married him.”
And somehow these two will be celebrating 40 years of marriage in July.
No Arguing, Just Love
In the moments I would hear my parents arguing, I sensed a lot of tension. They would argue about something my father forgot to do, or something he didn’t do right or how he didn’t do it the way my mom would have.
All the bickering would annoy him, and I saw his reaction. My father would often break or slam things in the heat of the argument. And then there was shock when the things would break or get damaged from his rage. This would cause him to calm down a bit and my parents would discuss the issue.
I’ve never wanted that for Jeff and I, and no matter the situation, we do our best to discuss issues. Not many people can say they don’t argue and mean it.
Based on my experience in the past, arguing is way too exhausting. It takes a lot more energy to build up anger than it does to sit and talk things through.
Perks Of Talking It Out
I don’t know anyone who has ever benefitted from yelling at someone to get them to do something.
Yes, the garbage does pile up in our home and the dishes do as well, but we don’t complain about it. We talk about. Do these chores need to get done? Yes, and they will.
So what exactly are the perks to talking things out with your spouse, you ask?
1. We are a lot more loving.
When you sit and discuss things we’re showing each other how much we care.
2. We respect each other.
Respect is important in every relationship. Whether it’s a friendship or a family member, everyone deserves to be treated with respect.
3. We make time for more important things.
Arguing not only takes energy away from you, but it also sucks up time from your day. Instead of wasting time arguing, we discuss the issues and move on to spending time with our boys or together.
4. We get to make fun of each other.
Arguing isn’t the same as being upset. Yes, you can be upset and argue with someone, but you can also be upset and talk things through. We make fun of each other sometimes when we overreact about things. I think our sense of humor is one of the things that keeps us calm.
5. We hear each other out.
Being able to sit and talk things through allows us to voice our opinions on certain things. No matter how upset or annoyed we are, the best way to resolve the issue for us is to just be honest about how we feel.
Do you argue with your significant other?