Green Eggs and Ham Netflix Original shares unforeseen obstacles in family and friendships. With heartfelt parenting lessons, there’s much to learn from Sam-I-Am and Guy‘s connection.

Understanding how to form your own beliefs is critical to becoming an adult. As you engage with people throughout life, you’ll notice a change in who you are – oftentimes for the better.

The Netflix series Green Eggs and Ham brings together unlikely friendships and teaches its viewers the value of creating your own perception of things in life using experience and logic.

What Is The Story Behind Green Eggs And Ham?

The story behind Green Eggs and Ham can be told best by how your experiences can help form your beliefs. The main characters go back and forth about trying something out of the norm only to finally agree on a tasty meal.

Although this isn’t always the case, the idea of having set beliefs can cause conflicts between people. Experiences are necessary for establishing judgments, however, not all experiences are needed to determine thoughts on something.

This can be determined by reason alone. For instance, you don’t need to jump off a bridge to know that you might get hurt. Reason tells you there’s a possibility that you may hurt yourself in the process.

What Are Green Eggs And Ham A Metaphor For?

Green Eggs and Ham as a metaphor for people who are against doing something outside of their comfort zone. At times this can be a challenge for other people to convince them into giving it a try.

Green Eggs and Ham can also be seen as a metaphor for companies that introduce a new product to people that had to be talked into buying the item because they neither needed nor wanted it, according to GradeSaver.com

Much like Sam-I-Am, persistence is what gets people to do something they wouldn’t normally do on their own.

What Are The 50 Words In Green Eggs And Ham?

Dr. Seuss’ publisher pushed him to write Green Eggs and Ham using only 50 vocabulary words. Although the book used the least amount of words in it, it sold the most number of copies, according to Biography.com.

The 50 vocabulary words used in Green Eggs and Ham are:

Is Green Eggs And Ham Getting A Season 2?

Green Eggs and Ham debuted in the US on November 8, 2019, with the second season hitting the streaming service on April 8, 2022. There have been discussions on whether or not there will be a third season, however, Netflix hasn’t mentioned anything as of now.

This is one of the most asked questions on Google when it comes to the hit series. Although the first season of Green Eggs and Ham might’ve confused its viewers, the second season confirms that Sam-I-Am is a boy. His mother refers to him as her son, clarifying that Sam-I-Am isn’t a girl.

What Does Green Eggs And Ham Teach?

There are various lessons from Green Eggs And Ham Netflix show to teach your kids. From trying new things to getting to know someone new, there’s much to learn from this story. The Netflix series explores both in each season.

Below is a breakdown of the teachings you can gather from the TV series.

Seeking ways to spend more time together, Sam-I-Am pushes Guy out of his comfort zone and creates more trouble for them.

Making other friendships along the way, the main characters embark on a journey of self-discovery.

Although at times Guy feels he can carry on with his life on his own, sometimes seeking help from others can be a blessing. The Green Eggs And Ham series teaches you this and makes it a point to show how opening up to others can help you get through life a lot easier.

Focusing on your goals is another lesson you can learn from the Netflix Original Series. At times, being a parent can be overwhelming. The main characters have a common goal that helps create their bond.

You see more of this in action throughout season 2 when Sam meets his mother and tries to make up for the time they’ve lost.

The show also teaches you to ask questions, and never take anything for face value. Sometimes the things you swore were black and white have more sides to them.

While watching the show, you notice something about Guy. Although he didn’t like Sam-I-Am sticking around, you realize he begins to care for the little fellow.

This is a reminder of what it means to be compassionate with others. You never know how your actions/words can impact them.

One of my favorite lessons from the first season is how determined Sam-I-Am is to get Guy to like green eggs and ham. Throughout the story, he continues to search for ways to get Guy to try the dish.

As the story goes, Guy eventually gives green eggs and ham a taste and agrees that he would eat a plate of it anywhere.

In season one of the Green Eggs and Ham Netflix Original, you learn about Sam-I-Am’s mother, Pam-I-Am. She’s a dedicated spy who left her son at a young age.

As the story continues, you notice a conflict between Guy and Pam-I-Am. Guy cares too much about his friend to watch him get hurt again by the woman who gave him life.

Pam-I-Am is cold, focused on her mission, and refuses to have anything or anyone stand in her way. Guy sees this and makes sure to point it out to his dear friend.

Sam-I-Am refuses to give up – something you notice about his personality since the very first episode. This determination triggers Pam-I-Am to open her heart to her son.

Sharing her emotions and explaining her downfalls, Pam-I-Am gives Sam-I-Am a chance. Much like Guy, Pam-I-Am was set in her ways and didn’t want to show her true self out of fear.

Sam-I-Am’s character makes it easy to bring out the best in anyone with his positive and tenacious persona.

Another mom who changes her ways in the second season is Michellee. Since falling in love with Guy, she’s changed her perception of what it means to parent her daughter, E.B.

Michellee does her best to not hold her back anymore, and let her explore the world around her. Guy takes on a father role – with an interesting surprise for viewers, too!

Another lesson you can learn from the Green Eggs and Ham Netflix show is the value of having a connection with your child. That constant struggle a mom faces between wanting to be there for their child and letting them learn on their own is shown in the second half of the show.

The latter will help them create independence while the other triggers dependence.

Have you seen Green Eggs And Ham on Netflix?

Buy the Green Eggs And Ham book by Dr. Seuss today on Amazon using our affiliate link. Also, stock up and Dr. Seuss’s Beginner Books you can find on our bookshelf. As a bonus, we’ve included How The Grinch Stole Christmas!, another family favorite available on Netflix during the holidays. 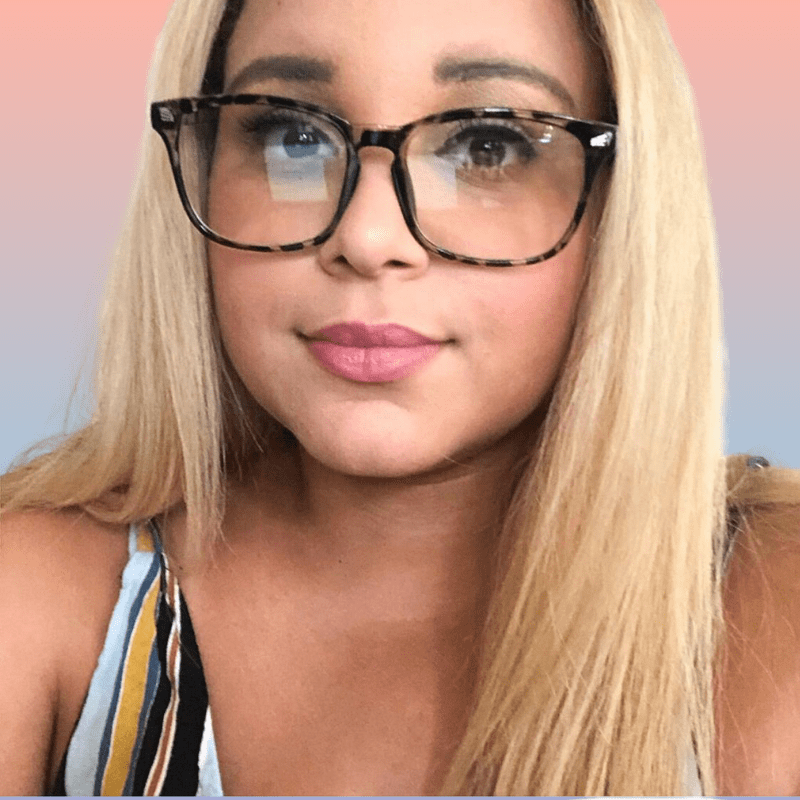 Former hot-mess mom who decided to get her life together using everyday self-care ideas.

Visit the About Me page to learn more.