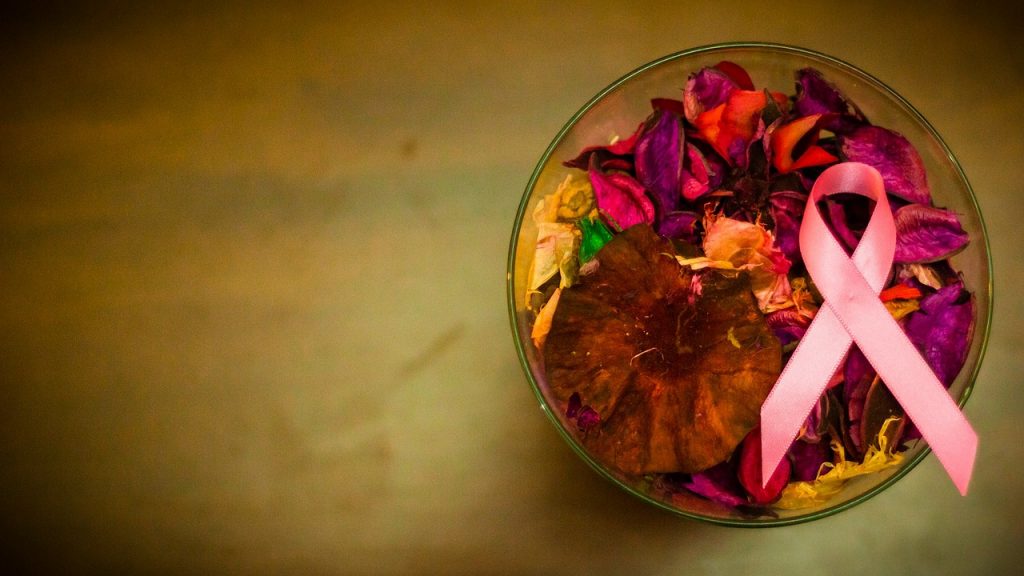 “If people actually knew what was happening, they would be really pissed off.” – Barbara Brenner, former Breast Cancer Action Executive Director.

October is a time when everything around you turns pink. From paper toilets to guns, practically every industry wants a piece of that pink money — so to speak. But what is it about this time of the year that has most cancer survivors upset?

I met Karym Urdaneta, Partner at toxic-free skincare company Pink Horizons Botanical Skin Care, at a recent mommy and me event in October and our discussion opened my eyes to the idea of pink ribbons. During our discussion she shared the concept of pinkwashing, placing a pink ribbon on products that contain carcinogens.

Pink Horizon Botanical Skin Care partnered with Breast Cancer Action to connect with women and educate them on the importance of changing their lifestyle based on the products they use.

“When Melissa and I first launched Pink Horizons, we were looking to partner with a cause,” explained Urdaneta. “We reached out to a well-known organization that works with brands throughout the world to help create awareness for breast cancer. Once we were able to get through to the right person, they told us all we needed to do was pay $5,000 and we could use the logo on anywhere to promote our campaign.”

Urdaneta offered the organization a chance to review their product and they declined, stating that it was not something they did. All Pink Horizons needed to do was simply pay the fee and they would receive the organization’s logo in exchange. “They did not care about reviewing our product,” Urdaneta explained. “They suggested we just pay the fee and sign the documents stating how much of the funds you will be donating and that is it.”

Organizations are taking advantage of people’s willingness to do something good, according to Urdaneta. “I do not blame the community, I blame the organizations. Breast Cancer Action targets companies that pinkwash the truth behind their product. They are known to take action, they could not have a better name because they go against companies that claim to promote awareness, and go against what they tell the public.”

The Original Fight
For years, people have grown accustomed to the pink ribbon symbolizing Breast Cancer Awareness, but did you know that the original ribbon was actually a peach color?

One woman wanted to educate people on how much of the money that was being raised to help fund cancer research was being used for the cause. This woman was Charlotte Haley. In 1991, Haley created peach breast cancer ribbons and attached each one to a postcard that read: “The National Cancer Institute’s annual budget is $1.8 billion, only 5% goes for cancer prevention. Help us wake up legislators and America by wearing this ribbon.” These ribbons and the messages that was being distributed were used as a call to action for recipients of the postcard.

In a documentary film titled Pink Ribbons, Inc., Haley said that Estee Lauder liked her message and reached out to her in hopes to use her ribbon on their products. She refused to have her message be placed on items that contain carcinogens. Estee Lauder found a way around this and decided to alter the ribbon. After polling women on different colors and what they symbolize to them, Estee Lauder discovered that most of the women considered pink to be very happy and comforting, so they changed the ribbon to the color pink, and used it to “promote” Haley’s message. Haley passed away in early 2014.

Breast Cancer Action Puts A Stop To Pinkwashing
Today, you can find companies using the color pink on various products, causing the message behind these ribbons to become a blur. Well-known brands such as Express and KFC have used the logo to help raise awareness and have been shut down by activist groups.Consumers today have a voice, and according to Barbara Brenner, former Breast Cancer Action Executive Director, there is the power of activism. “[The power of activism] is when ordinary people do a simple thing like sending an email or writing a postcard.”

Top pinkwashing industries, according to Brenner, are cosmetics, car and food — mainly dairy.
In the documentary, Brenner discussed how several companies were using the cause to gain sales rather than helping raise funds. The fashion retailer Express is one of them.

Clothing stores are not the only ones taking advantage of the cause, in fact KFC partnered with Susan G. Komen a few years ago to promote its Pink Bucket. Although Susan G. Komen argued that the partnership focused on healthy options at KFC and that “the decision to maintain a well-balanced diet lies in the hands of the consumer,” one must question whether Komen had lost its mind in supporting this campaign. The fineprint about the partnership read $0.50 of each purchased bucket will be donated to the cause. Breast Cancer Action took a stand and shut this campaign down.

Another Breast Cancer Awareness campaign that takes place every year is the Yoplait pink-lidded yogurt products. These are used to promote and raise funds for the cure. Consumers are asked to mail-in the pink lids and for every lid sent, Yoplait would donate $0.10 to breast cancer research. In the month of October, if you ate three yogurts a day that would only add up to less than $10. Brenner believes this is pointless, and consumers should write a check for the cause.

Why Consumers Get Sucked In
For consumers, Breast Cancer Awareness month is comforting because people feel they are doing something to help fight for something that scares them. If given the right information, consumers would be more than willing to not only donate to help really find a cure, but also help prevent the spreading of it.

Consumers are often told the money being raised is going to cancer research, but if they ask where companies really put the money they raise they would be shocked. “All the data is based on well-educated, white women,” according to Dr. Olufunmilayo Olopade, a hematology oncologist interviewed in the film.  “There is no research on minorities or different types of women. There is endless repetition on the same research and countless gaps.”

Educating Consumers On The Risks
It all starts with the consumer, and as members of the society it is important that we voice our opinions. “Do the research on the companies you are investing your money in,” Urdaneta told Motherhood Through My Eyes. “People complain that organic products are expensive and the truth is, organic [food and beverages] is only expensive because not a lot of people buy it. If more people went out and bought these products, the prices would go down.”

Start-up companies looking to educate the public should research different companies and really think about their mission, and most importantly how certain companies are responding to issues in the community, said Urdaneta. “If you look up start-up companies, most of them have mission that ties to social responsibility.”

As consumers we have the power to practically shut down these companies or at least do away with their products. “Companies make the product, people work and they get paid. After they pay the necessities they buy food. It is part of our basic necessities to buy food, to eat.”

You know why organic is expensive because not enough of us are buying it. “Companies are getting away with selling you crap because you are buying it,” stated Urdaneta. “They are making it look pretty, people are going to buy it. Find organizations that are doing the work for you — which is simply researching companies — and make the changes in your life. Start with what you can afford. Organic is expensive, but organic apples are not that expensive anymore because people are buying it.”